Despite how easy it is to grow Borage in the Southeast, not many people think to include in their yard.  I grew Borage this year somewhat by accident, as it was (unbeknownst to me!) in a wildflower seed packet we sprinkled along the side of the yard to attract pollinators (which it did), and then it outgrew just about everything but the sunflowers!  With all of this Borage, I decided to see if more than just the bees could benefit from it, leading to the Borage G&T featured in our last post and at the Cocktails & Mayonnaise Picnic. 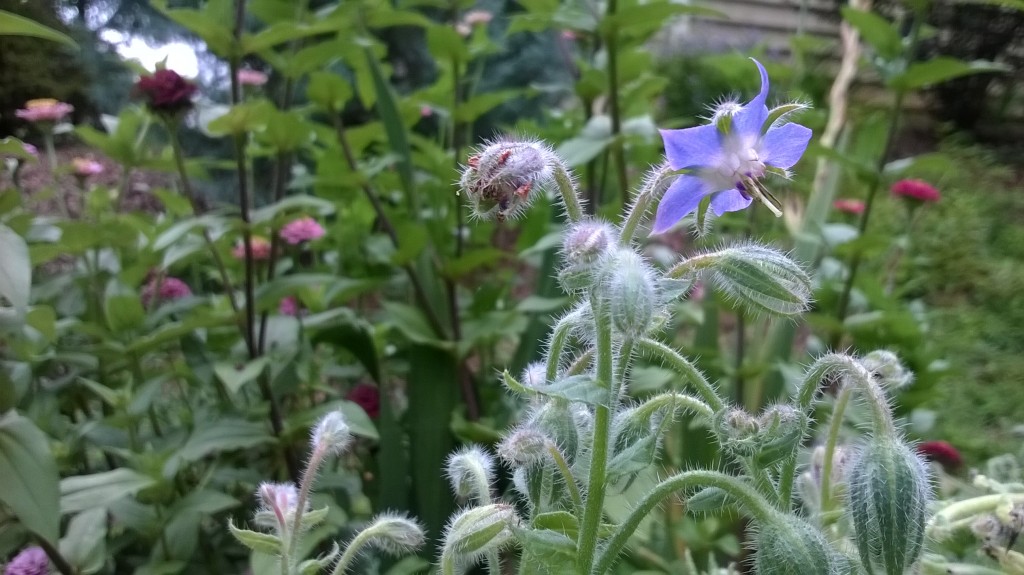 For us, Borage grew like a weed.  You can grow Borage from seed or, occasionally, you’ll see transplants of it at garden stores among the herbs.  I recommend growing it from seed, as you can get more of it for less money, and it will grow bigger and stronger than from a transplant, which is likely to be spindly and go straight to flower without producing many leaves due to the shock of replanting.

To plant, dig or rough up the soil of the area you want to plant in a flower/vegetable bed or a pot.  Borage does well in poor, clay soils (good news for North Carolina!), so you don’t even need to add any soil amendments.  Then sprinkle on your Borage seeds and rake them in so that they are buried just slightly under the soil.  Keep them well watered (keeping the soil like a damp sponge) until seedlings emerge.  Once they are up and growing, they shouldn’t need much care.  Mulching around them will help the soil retain water to prevent plants from wilting.

You should see large fuzzy cabbage-like leaves within a few weeks, and then bloom stalks opening into clusters of bright blue star-shaped flowers within about a month.  Pick leaves and flowers as needed. 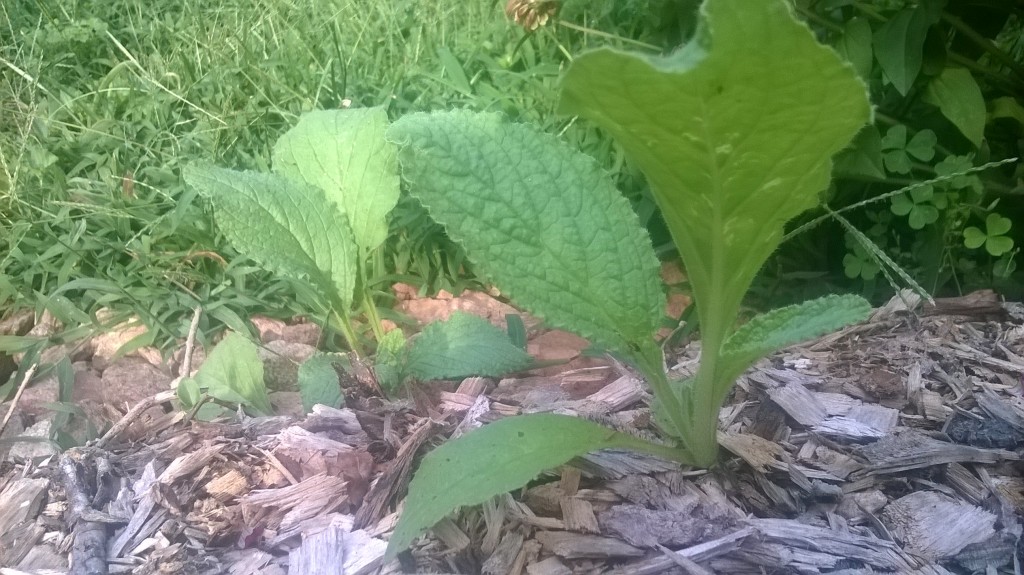 Borage is an annual, so the same plant won’t come back next year.  BUT, it is also VERY likely it will reseed itself, dropping seeds from its spent flower blossoms to return next year.  I had some of mine reseed itself within the same year, with a fall crop coming up on its own now that the spring crop has died back completely. 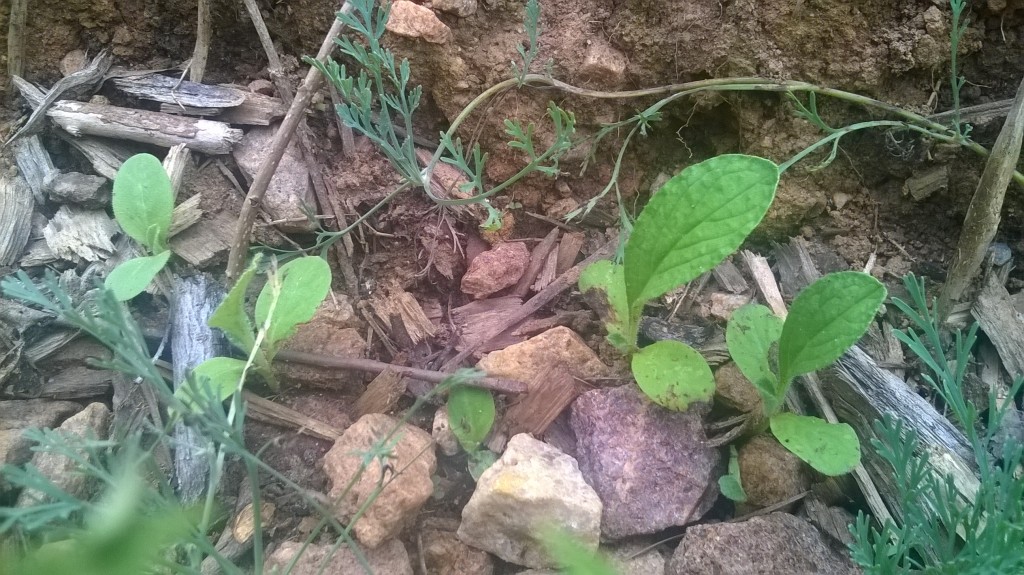 Borage reseeded itself even in unfriendly rocky soil.

The large black Borage seeds form inside of the spent flower heads. They can be collected or allowed to self-seed. 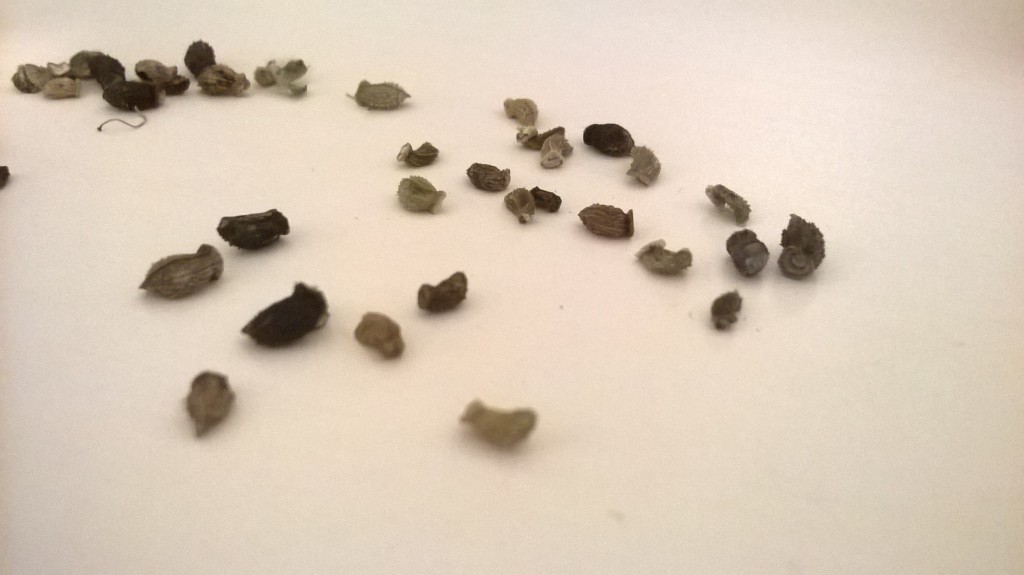 Get yours in the ground now to squeeze in a fall crop of Borage!  If you didn’t receive seeds at our Cocktails & Mayonnaise Party, you can purchase a packet here at our Etsy store.  Available in bulk if you are looking for a good “merry-making” party favor!

We’re walking every day, and sharing our adventu